Shadows at the Tate, for the prompt Shadow 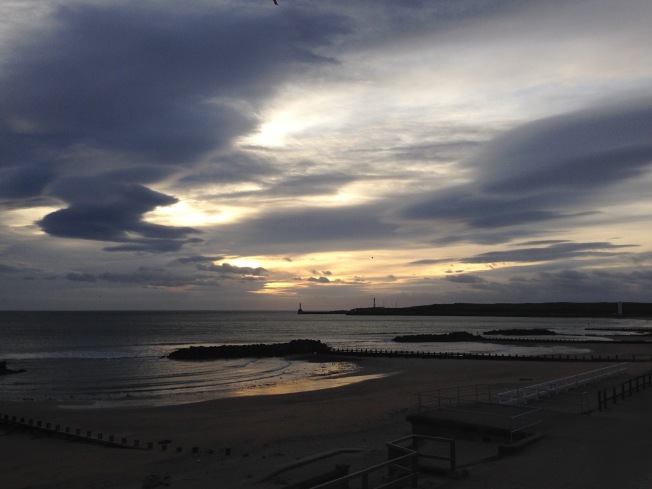 With a riot of
Colour, the breaking dawn births
Peaceful Solitude

For Day 3 of the Everyday Inspiration course, and the prompt Solitude

There is a lot I enjoy about my work, not least being a purveyor of the somewhat esoteric knowledge of materials and how they perform in a variety of service environments.

Most of the time I am advising, providing insights into what types of degradation can occur, how likely it is to progress and what actions we should be taking to assure ourselves of the future integrity of the kit we look after.

Once in a while bad news strikes, a failure or an inspection finding that requires significant (and often expensive) action surfaces. My job in those circumstances then morphs into one in which I become the bearer of bad news.

I suppose it is the same way — in a manner of speaking — that a doctor who has to break the news of the diagnosis of a terminal illness feels; the need to get a job done been tempered by the tension between providing clarity around the seriousness of a situation and softening the blow. Different consequences of course….

Two mornings during a typical work week, I make a pit stop at the Starbucks in Union Square.

Over the course of the last year, it has become apparent that quite a few people have a similar routine. I now recognise — and share the odd nod with — an older gentleman who usually arrives at the same time I do and unfailingly buys an espresso machiato which he proceeds to nurse for all of thirty minutes before shooting off to what I assume must be work.

On most days, three young gents also make an appearance, often laughing as they arrive then ordering a mix of venti lattes and then having a natter. I imagine they work around the corner from Union Square; they fit the profile of young, upwardly mobile Engineering-affiliated folk.

A mix of characters makes an appearance now and again, folk nursing drinks whilst waiting to catch a train from the station next door or others killing time before meetings I assume. On my part, I am usually nursing a large black americano in a to-go cup, the to-go cup allowing me the flexibility to leave when I feel like I have arrived at my optimum state.

I’d like to think that these morning pitstops are my little rage against the machine of work, a small ritual of cleansing that allows me get some me time for catching my breath and clearing my head before popping into the hurly-burly of work.

A routine, or a ritual? Is there even a distinction between both? I suspect I couldn’t care less, all that matters to me is that I arrive at work clear headed, ready to face whatever it is gets thrown in my direction on the day.

… For the flight to Manchester that will leads to a train to Sheffield and then a weekend of meeting S.’s folk….

Then the Wait, actively I suppose, for time and life to work its magic and meld these two journeys — separate, distinct but converging — into a coherent whole…

The promised snowcaplyse never quite materialised. At its worst in my corner of the world, it deposited a layer of snow all around, the result of the intermittent dribbles of snow and gale force winds. The effect of that, and the small rise in temperatures followed by a freeze which thawed the snow for a bit, was to leave slippery layers of black ice on the pavements; treacherous for us runners and brisk walkers. A friend did fare slightly worse, the small matter of a fortuitous gap between her car and the one in front of her being the difference between safety and a minor crash when she skidded on a patch of black ice.

Out and about today for my usual lunch time walk, it felt sunny and warm enough to leave my winter coat unbuttoned. So much for the weekend from hell then I guess. Not that I am complaining though — long may the possibility of sauntering about in January without the weight of a coat continue…

One of the things I’m looking to achieve this year is to run a 10k race, which is why three to four times a week I grab my gear and hit the road. I use the MapMyRun app which paces me during the week from a leisurely 2k easy run on a Tuesday to a longer (now 5k+) run on the following Sunday.

As my run times improve and the distances lengthen, what I realise is that my natural predilection for just hitting go and running works fine for speed but works against my distance, as I am often far too winded to post a useful time once that initial burst of energy has fizzled out.

Being paced by the app has allowed me to find my own rhythm, a pace that allows me optimise both overall time and distance. None of my split times come close to challenge my top speed, but by running at that speed for longer, I find I make better progress overall. Therein lies the lesson for me… Find my rhythm.

Gale force winds, thunder and snow from Canada, a reminder to be thankful for the relatively mild winter we have had so far.

Given we had had quite a few days where we were warmer than London, I suppose a correction was always on the cards…