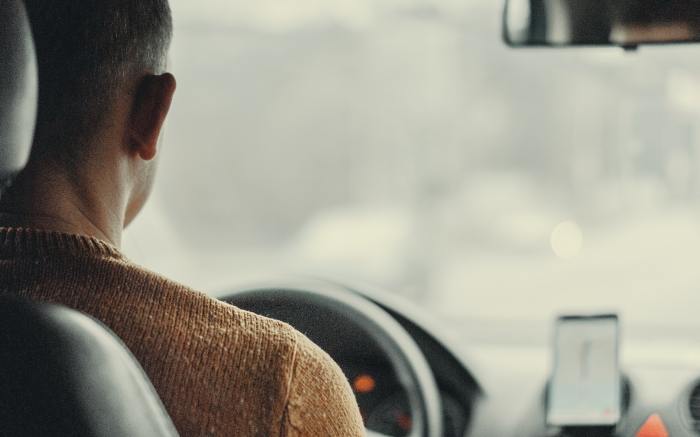 Photo by Victor Xok on Unsplash

One of the non-perks of living at the edge of the world is that everything has to be ferried in, and even the small matter of activating a registration requires a 60km ride into the nearest town. All of these meant that having finally received a critical piece of documentation, I needed a taxi ride for the third time in a week. As it turns out, I got the same chap as I had on the past two trips, my experiences of which varied from merely irritating to downright terrible. The full story is too long to recount but involved a couple of wrong turns and ending up in a different place, which added thirty minutes to what was already a lengthy forty five minute lunchtime dash into town. That ordeal was compounded by a malfunctioning temperature scanner at the gate which required three tries before I was eventually granted access to the office.

All of this came rushing to my mind when I saw him, along with a sinking feeling of despair, especially because the trip was a complicated one involving several stops. He and I had no choice though. Our fates, tossed together that very afternoon, were inextricably linked for all of Time. He needed to earn his pay, I needed to get to the next town, so make do with each other we did.

An uncomfortable silence punctuated by the sounds of the road – other passing cars, the clump of going over a bump now and again and the air conditioning on full blast – was all we had for most of the journey, the silence easier than trying to communicate across the language barrier. To my shame, I pretended to poke around on my phone then look thoughtfully out into the distance where there was truly nothing to see.

I will never know how long that state of affairs could have lasted for because halfway through the journey he asked if I was Nigerian. I answered in the affirmative, which prompted further revelations of other Nigerian folks out here he had worked with. After that, I had to ask where he was from. It turned out he was as local as it could get, being born in the very town we were speeding towards. That helped allay some of my anxiety about the journey and defused the building tension in the car.

The journey did not go without any hitches: the aroma of the cigarettes he lit up every time he had to wait for me at a stop never quite left, his meter stopped working three-quarters of the way through the journey which meant I paid an estimated fare (which probably worked out in my favour, to be honest) and he had to take a call from his wife at some stage. It wasn’t the greatest of afternoons but then nothing involving humans, not least two people navigating a new thing, ever goes perfectly. I did come away with a reminder that behind every transactional relationship lies a human: with quirks of character, needs and maybe an irate wife or two. I can – we all can – deal more graciously with others.

Posted in A Prodigal AbroadTagged Being Human, Letters from The Edge of The World, people, With GraceLeave a comment