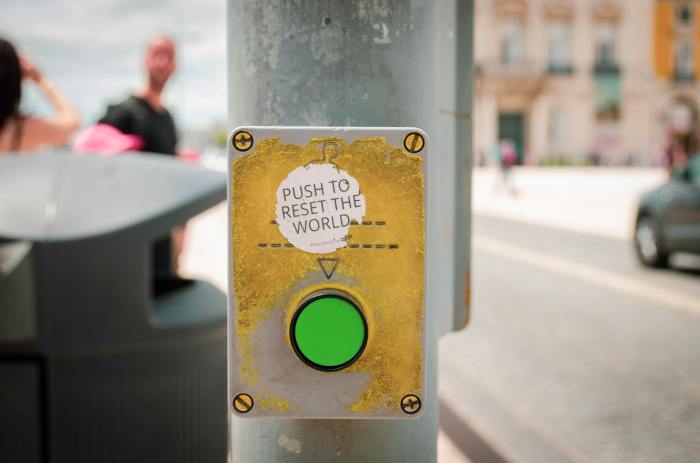 **
When I reflected on life at the turn of the year, and wondered what the year would be for me, Delve Deeper came to mind. Behind that was the understanding, inspired in part by the Parable of the Wise and Foolish Builders, that everything worth its salt is tested, and only those which had roots sunk deep would survive. I was also on the cusp of quitting my job up north with the prospect of the move of a lifetime looming. Whatever your particular take on COVID-19 is — elaborate hoax, a pretext for instituting a new world order or a symptom of a broken world — what is incontrovertible is that in its wake has come a seismic change to the world and what we know of it. For all the preening, posturing and the facade of strength the world economies have presented, 2020 has shown it all up like an edifice built on shifting sands to use a biblical metaphor. The Emperor’s new clothes, for all we can see, are anything but a covering.

Within the wider context of the shutdown of the world’s systems, the latest iteration of oil’s boom and bust cycle hit close to home, the precipitous dive in the price of oil, particularly the Brent benchmark, from just under $70 to a low of $18 and change the latest trigger in the latest race to trim the fat by companies all along the oil supply and value chain. To be fair, COVID-19, the global shutdowns and the resulting supply glut were only the straw that broke the back of camel increasingly hassled by headwinds such as the continued rise of green energy and their activists, US shale and players (read Russia and Saudi Arabia) only too happy to throw their weight around in an attempt to eke out more market share. A perfect storm perhaps, but all told it is a sequence of events which leaves some (full disclosure like me) who are invested in the industry for their livelihood concerned about the future and what it portends.

With projects no longer economic at current pricing levels, job cuts at majors and their key suppliers are inevitable with BP looking to trim up 10,000 job globally and Saudi Aramco looking to do the same for about 8,000 jobs. Job losses in my old stomping ground in the North Sea were estimated to be in excess of 4,500 in June. Across the pond in America, the first bankruptcies have occurred with surely more to come, all symptoms of the highly leveraged low margin environment the oil patch, at least in the West, has become. Of course, one has to take the good with the bad, and roll with the punches, although it does significantly impact the prospects for attracting future talent into the industry. That, and improving the gender balance and the average age of those in the industry, have been stated objectives for the UK sector of the North Sea with various diversity and inclusion initiatives been fronted as recently as last week. There is also the slight worry that the boom periods between bust (and slash and burn) are getting shorter. Change is afoot in many ways than one.

Change they say is inevitable, it is those who are able to adapt who survive and thrive though, all of which has left me thinking long and hard about the future, and what it portends. The obvious response is to consider a career reinvention, one which untethers me from the tentacles of big oil. Three criteria come to mind in determining what sort of direction such a move might take: the development of domain agnostic skills (to ensure I don’t get stuck in a different version of the big-oil problem), a non-zero entry point( to ensure some or all of my current skills are transferable) and a high ceiling (to ensure there is scope for growth). My oil and gas niche, with some retooling, lends itself to some level of cross-domain application, being relevant across a number of high hazard industries where corrosion and asset integrity is a concern (nuclear, wind, buildings/ infrastructure and even automobiles) as do the quantitative and analytical skills which practising as an engineer have also developed. Risk analysis and management skills are also useful, as are project management and coordination skills.

I am betting on data, as it ticks all three of the criteria above with the added bonus of enabling remote/ flexible working practices and being applicable in my current role. It will take some retooling – for all my flirting with Python, there is a knowledge gap to be plugged there, as well as a time requirement to build the confidence and skills that deliberate practice brings. I may have missed planting this tree 20 years ago, the bigger mistake would be failing to plant it today.