For Day 4 of the CoE #LiveLent Devotional.
***
All things –
the frail
and the sturdy,
the weak
and the strong-
hold together,
and consist in You
Who leaves
the saved
ninety-nine
to find the one;
lost sheep
who slips
into the dark
and unclear paths
where fear thrives.
You offer
redemption
and finding
and saving
from the miry clay.
Save me.

***
May laughter
linger here,
ring loud
in this place
where the weight
of the burden
of living
once reigned.

May the promise
of good news,
of sight
and freedom
come true,
bringing life
to this
thirsty earth.

***
I come
to lose myself
in the brightness
of the King, to
join the crashing waves
the whistling winds
and glistening leaves
in joyful adoration,
to raise a song,
like a string quivering
at the strumming
of the maestro,
a tune pregnant
with desire
its purpose revealed
in the reveling
of those who hear,
many voices,
all together
resounding
as one.

For Lent this year, I’m choosing to reflect via the medium of poetry, inspired in part by Pádraig Ó Tuama’s Poetry Unbound podcast and an inability to pray, in any formal sense of the word. What started as a season of uncertainty has evolved into something bigger, hence this, an attempt to use poetry as prayer. These will be a response to the daily reflection from the Church of England’s LiveLent app which this year encourages us to reflect on creation and how we can be better stewards of it. Here goes! NB for a version in which I attempt to read, visit the anchor.fm page.
***
The bright gleam
of sunlight reflecting
in the glass and the steel
of the hills we have built
lull me into forgetting,
that this – these monuments
to our power and resolve
which wrap themselves
like a shroud around
the horizon, a scar from
a wound revived in the present,
tethering us to the certainty
of the things we think we know-
is but a moment,
fleeting in its existence.

The beauty
of things which are unseen
is their intricacy,
how closely knit together
they can appear,
how easy it is for them
to unravel like a slip
of fine cashmere, once
a string begins to slip.
This is what beauty is,
observed in the frail,
reminding us that we are dust
and from dust
to which we must return
when time untethers us
from this rock
to which we cling.

For the Poetic Aside Prompt #516 and the Novem poetic form. Not strictly interpreted though…
***
Come bask beneath
the starlight. Yield
yourself to Time’s

Hear the whisper
of nature’s song.
Ponder in awe.

Between a super busy week at work and beginning to pack up my life for an upcoming move, I made slow going of studying this week, hence the lateness of this week’s wrap-up. A highlight was receiving largely positive feedback on my first assignment, an exercise in people-watching which took me to a city centre Burger King.

This week’s learning focus was research; tips and tricks for getting beneath the skin of a place to understand the wider context behind the story we’re trying to tell and to ground it in facts and truths. Memory being as fickle as it can be, there was rightly a focus on building systems for capturing details about the people, places and things we write about. Upon reflection, some of the great essayists who have inspired me on this journey have documented their own systems for doing just this including David Sedaris and Ryan Holiday (both of whom have inspired Austin Kleon) to name a few. Also introduced this week were a number of tools: brainstorming (a la mind maps of ideas around a central topic) and foot stepping, physically visiting the area one wishes to write about to absorb its very essence into one’s mind. That I suspect will be very useful over the next few years as I travel more.

More imminently though is the small matter of the next assignment, to apply the tools discussed over the course of the week to observe an object in great detail to see what deductions one could make about it from that… Hopefully, I find enough time in these last few weeks to deliver on that… 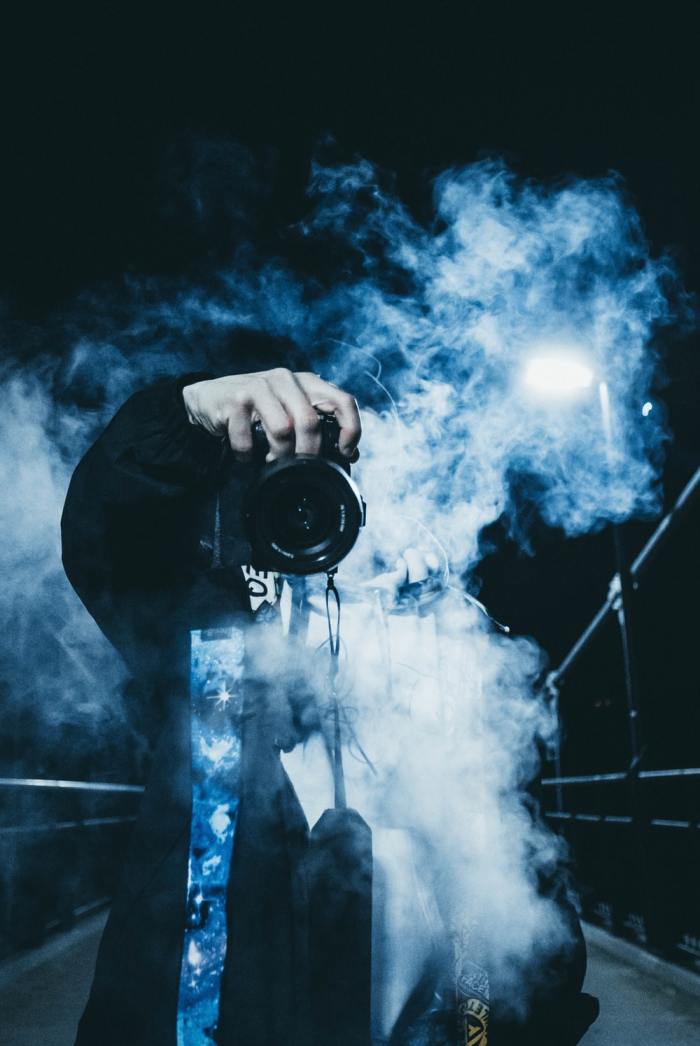 For The Sunday Muse Prompt #95.

***
It thunders,
and then it wafts,
its wispy tendrils
slowly rising like
the white smoke
of incense from a censer,
held aloft by a priest
intoning a muttered
prayer. Behind,
a bridge to the past
hides, disappearing,
as it were, into
the haze of memory;
ahead, the future –
not yet glimpsed
but in the moment
frozen – and enjoyed.

Last week was about thinking about the underlying reasons for writing, this week was starting off on the journey towards sharpening our powers of observation, the idea being to hone our ability to find stories in the quotidian.  A city-centre eatery late one night was my muse.

***
It is a little after 8.30pm when the smell of French fries wafting in through the door draws me in. The first thing that strikes me as I stride through the door is how empty it looks, the bulk of the two-storied structure being cordoned off, with only the small section to the right of the counter open for use. I find the emptiness surprising given it is next to a major bus station and right in the centre of town. As I wait for the chance to order, I find myself behind three people, all decked out in the garb of people dressed to brace the cold, with the brightly coloured logo of a food delivery service gracing the insulated bags they hold.

A few feet away from the space I find for myself and my tray are three men with youthful faces, chattering away in a language which is not English, possible South East Asian if I were to hazard a guess. Their half-eaten burgers suggest they’ve been here a while, given how much of their time is spent in conversation interspersed with raucous laughter. When they are finally done, one of the three gathers up their trays and proceeds to empty them into the bin and then they leave, taking their mirth with them. Clearly close friends, or people connected by a shared lived experience I suspect.

Apart from them, the only other people in the room are a group of much older people – 2 men and 2 women occupying the central tables and someone sitting alone, sipping from a cup looking out onto the streets. Of the four, the woman who looks the oldest is slouched in her seat, hands folded together in her lap, two shopping bags beside her, listening it seems. Across from her a younger man with hair the same ginger colour as hers sits, leaning in, several discarded sachets of milk at his elbows, gesturing wildly. Between the accent and my hunger, I can barely make out what the subject of their conversation is but the name of the suburb to the south of the river comes up several times. Maybe a family squabble then, or given the reputation the small town has for being a difficult place, maybe an appeal to the matriarch of the clan for an intervention. All I can see of the fourth person are feet clad in streaked sneakers, the upper body obscured by a heater.

When I steal a glance at the group on my way out, I find the fourth person is fast asleep. Maybe, I have misread the situation after all.

***
The focus of this first week has been pondering the question ‘why?’, exploring the motivations for taking on the course, and perhaps the underlying book project which it is assumed one is working on. For me, the course is an attempt to go beneath the surface and understand the techniques behind good writing, in keeping with the theme for this year of Delving Deeper. Progress on that elusive memoir, The Small Light in Things. will be a very welcome bonus.

In my head, The Small Light in Things will focus on the last ten years of my life, ones in which I upped sticks on the cusp of turning thirty and began life anew on a new continent along with all the change that instigated. It will be a story of surviving – of navigating a culture shock, the first tentative steps on a journey of evolving faith and changing, by degrees as it were. It might be cathartic, or not, but my hope is that I get to properly process all of this with hopefully the benefit of some distance and detachment.

Three books come to mind as exemplars of what I am trying to achieve here: Teju Cole’s Every Day Is For The Thief, Richard Rodriguez’s Hunger of Memory and Etgar Keret’s The Seven Good Years, all of which reflect on times of change and evolution with the benefit of some distance. What resonates with me in these books, particularly Every Day is For The Thief and Hunger of Memory, is the lived immigrant experience -both in the other country and in the country of birth. Time, life and the experience change us in ways which are not immediately obvious, that is what I’m hoping to tease out from the past ten years of my life.

For The Sunday Muse Prompt 93:

***
Here, prone
beneath the weight
of things unseen,
the vision has begun
to fade, the dream
once resplendent
in its colour,
now faint and grey,
Between the leaving
and the grieving
a messenger appears,
a key in its wings,
a gift of redemption
and rebirth.