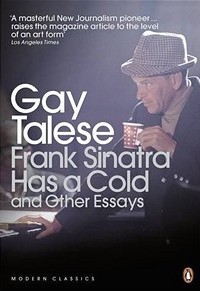 Somehow last Friday, I found myself at Nandos. Somehow doesn’t quite tell the full story given it had more than a hint of conscious effort to it, and my history with the darned place. I suspect it had more to do with a sense of longing than anything else seeing as the last time I was here was in early July. Then, the closest thing to the distinctly autumnal chill I now felt was the distant memory of spring’s tail as she ambled past, urged on by our nearly – but not quite summery  – summer.  I managed to score my regular table, number 11, proceeding to order the self-same meal I have ordered on each of the 100 + times since May 2012 that I’ve been here – half a chicken in lemon and herb, and a mixed leaf salad.

Extra hot sauce and cutlery in hand, I managed to navigate the maze of tables and chairs to my seat before that odd feeling of being watched compelled me to look up, upon which I caught the eye of an old friend I hadn’t seen since his short sojourn in Norway back in 2010. Dropping all, I made my way to the table he was sat at, where his wife and children were digging into a bowl of olives waiting for their own order.We shared a chest bump, to the consternation of more than a few onlookers.

This man! You still dey do this your Voltron moves abi? It was a reference to my gift of invisibility. Enquiries with more than a few mutual friends had failed to turn up my current whereabouts. In my defense, the one friend who might have known was offshore, and had been for the better part of three weeks already. We made small talk – interspersed with regular rather loud handshakes – during which it transpired he had been in town for a couple of weeks already, holidaying with his family, taking the opportunity to escape from the bedlam that is Nigeria, most especially the old motherlode I used to work at. In the space of five minutes or so, I’d caught up on a lot – a steady stream of exits form the old mother lode, which expatriate was back in the country as a contract consultant and what high flier had earned a move to Houston, and of course the developing Ebola story.

The Scottish referendum – I am as yet still undecided – came up too. In theory, I’m in favour of a ‘Yes’ vote, but neither argument has been put forward particularly compellingly enough to me so far. His take was a cautionary tale – based on his experience of Norway – about high taxes, and the North Sea oil numbers which depending on who you talk to might not be so secure after all. That the SNP which has made a big song and dance of protecting the NHS actually has underfunded it, or so the fact checkers say, hardly builds any confidence me that they’ve got a clue. All done and dusted, we swap phone numbers with a promise to catch up properly before he heads off to Nigeria, leaving me to reflect on my way home on just how small margins of coincidence can be. Nandos does have a reputation for being the defacto Nigerian embassy in Aberdeen, at least so says Tolu Ogunlesi. One suspects he should know, even though some would disagree.

The theme of running into old acquaintances continues over the weekend. Sorting out my groceries at my local ASDA after my Saturday morning gym session, and the movies to go see Into the Storm, I run into another old chum – this time an old school mate from Nigeria. He wants to chat a bit more and offer commiserations, aisles at the mall chock full of people are hardly the place for that, and I am neither keen nor remotely interested in being dragged all the way back so I speed him up and move on with a promise of a phone call to catch up properly.

By the time I am headed home, my weekend has pretty much ended. All that is left is for me to settle in with my copy of Gay Talese’s Frank Sinatra Has A Cold, and while away what is left of the Saturday. By and large, it is pretty much back to regular programming at mine, not quite perfect but an ever more stable, new normal.

2 thoughts on “About Town – Conversations, Nandos and Catching Up on Reading”